What is an Emergency Assembly Area?

The main goal of any Emergency Evacuation Plan is to ensure everyone is able to escape from a given emergency as quickly as possible.

Your emergency assembly area is crucial to making this happen. As a predetermined location that acts as a middle point between the emergency and the final safety destination, the assembly is a space to perform head counts and assess whether there are people still located at the emergency site.

This gives you greater control of the situation. After all, without having a space to guide the evacuation process, it’s likely the process will become a chaotic and panicked mess.

How safe is the chosen assembly area?

There’s simply no point selecting an emergency assembly area if it’s not your safest bet possible should an emergency strike.

It’s important to assess all the different areas within reach of your facility and make a list of the safest ones to be considered for an evacuation assembly area.

Ask yourself, does the pathway to that area pose any kinds of risks to people evacuating? For example, if there are obstacles in the way that could prevent access to the area, you should probably rethink your selection of that location.

Some examples may include a bridge, a high-traffic road, possible tripping hazards or small, winding pathways. Remember, it’s not just about the safety of the location itself, but also the safety of the route that gets you there.

Your emergency assembly area has to fulfil a number of functions. It’s where your Chief Fire Warden will conduct a headcount on evacuees.

It would also be the place where your emergency response takes place, or where first responders arrive at the scene.

For this reason, it’s crucial that the area you choose is large enough to accommodate not just the people who may be evacuating, but also additional personnel, members of emergency response teams and even their equipment.

Does the assembly point have adequate accessibility?

In selecting an assembly area for your business, it’s necessary to consider the distance from the original emergency site.

Too close is not ideal, as that would make the site more vulnerable to the same threat posed by the emergency location.

But too far isn’t ideal either, as the evacuees will need to get there on foot, and this poses risks to individuals who have been injured in the incident, or those who are generally unable to walk far distances.

Plus, the further away the assembly area is, the higher the chance of people getting lost.

Being too far can also be a problem when it comes to headcounts, as any person missing will be deemed to be in the danger zone.

Striking the right balance between near and far is key to your evacuation planning process.

Sometimes, even the safest evacuation routes to accessibility points can become blocked or compromised. When this happens, it’s crucial to have a backup plan. Your facility personnel should be well-informed about the locations and routes toward both your primary and secondary evacuation assembly points, and you should make a decision quickly at the time of emergency.

So I’ve selected my evacuation assembly area locations, now what?

Once you know where your emergency accessibility points are, these need to be added to your emergency response plan and clearly marked on your building’s evacuation diagrams.

It’s really important to remember that having a good evacuation assembly point is one thing, but it’s also crucial to have adequate emergency training so your team knows exactly where to go and how to get there. 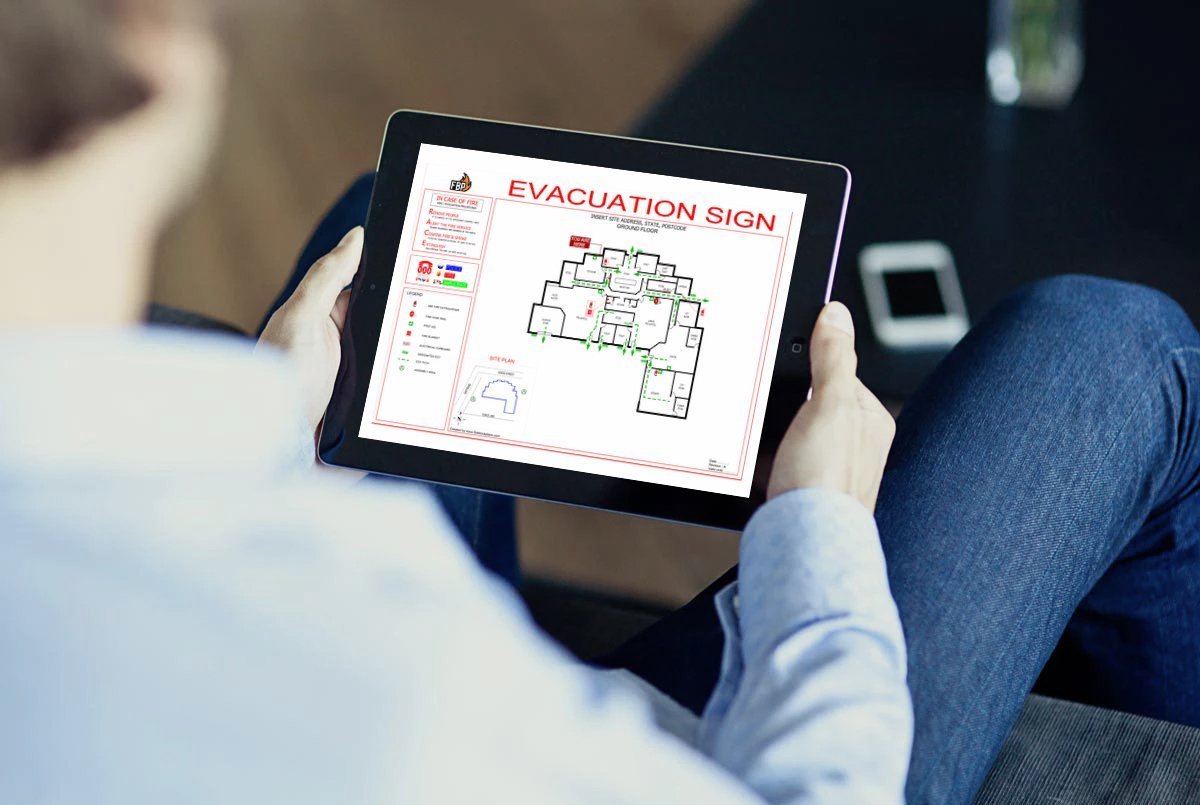 Emergency plans are the responsibility of the PCBU (Persons Conducting Business or Undertakings).

If you’re operating a business, it’s essential for you to ensure that all people on the premises are carefully accounted for in an emergency.

Not sure your emergency evacuation plan is up to scratch?

Fire Block Plans is here to help you and your team. Our highly-qualified experts will help find a suitable emergency evacuation plan, no matter how unique your requirements may be. Contact us today for more information.